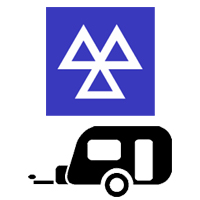 I’ve been reading quite a bit about “Caravan MOT’s” lately and I want to know what you think. In this post I will give a general summary of the plans that are being proposed and finish by weighing up the pro’s and con’s of introducing MOT style testing to the caravan industry.

There is a poll at the bottom for you to have your say, but before you make up your mind please read the post below in full.

What are the plans?

The idea of MOT style testing for caravans has been a thing of discussion for quite some time between the powers that be. To date, nothing definitive has been concluded as to whether or not caravan MOT’s should be introduced. With that being said, the EU have proposed plans to introduce a caravan road worthiness test within the next few years. The UK government is opposed to the plans and are attempting to resist the plans coming in to force.

According to the supporters of the proposal, the plans are part of a “tougher vehicle testing regime” which will aim to make the roads safer with standardised testing for all vehicles.

The plans would affect caravans weighing more than 750kg, the number of caravans that fall under this umbrella is estimated to be some 500,000 tourers in the UK alone.

The cost of introducing Caravan MOTs

Last year, the government estimated the cost of introducing such regular checks in the UK to be in excess of £230,000,000. This would mean the creation of a whole new department to monitor and regulate, and probably some kind of compulsory registration scheme for touring caravans.

Is caravan servicing not enough?

Presently, it is not required by law that caravans undergo any kind of safety check, although both well respected caravan organisations like The Caravan Club and manufacturers recommend an annual service to be undertaken on touring caravans. The road worthiness of a tourer is checked during most services. You can find out more about caravan servicing in an article I wrote here.

What does the industry have to say?

The Caravan Club are also opposed to the plans for compulsory testing, they say that there are no clear goals that outweigh the cost of introducing such a scheme. They also went on to say that it would likely have a negative impact on the uptake of caravanning and other associated tourism within the UK, this would in turn have a knock-on effect to the economy.

What are the pro’s and con’s of such a move?

Now I like to consider both sides of any argument before making a decision on where I stand, so below I have made a list of pro’s and con’s of introducing Caravan MOT’s:

My personal opinion is that although I agree that it would help to make the roads safer, I don’t think that the cost to the country and the additional running costs this would mean for caravan owners can justify the moves. Many caravan owners are also family people and take their children or grandchildren along with them. Having been involved in the caravan industry for many years I know that caravan owners are far more inclined to have their caravan serviced for the peace of mind while travelling on the road their families on board. I don’t think that compulsory regular checks are the answer, but I would like to see perhaps more education for caravanners on the benefits of having your caravan serviced, focussing primarily on road safety (perhaps that is something for me to tackle on the blog in the future).

I think we are more likely to see the introduction of a caravan road tax within the next few years. But who knows? Anything could happen!

Now over to you – I’d like to know what you think about the EU’s plans to introduce MOT style testing. Please submit your opinion in the poll and leave your thoughts in the comments section below.

Buying your first caravan? My book will guide you through to help save you time and money. Get it here

Affiliate Disclosure: As an Amazon Associate I earn from qualifying purchases.

This site uses cookies from Google (among other providers) to deliver its services, to personalise ads and to analyse traffic. Information about your use of this website is shared with Google. By using this website, you agree to its use of cookies. However, you may visit "Privacy Policy" for more information and to provide a controlled consent.
Cookie SettingsAccept All
Manage consent

This website uses cookies to improve your experience while you navigate through the website. Out of these, the cookies that are categorized as necessary are stored on your browser as they are essential for the working of basic functionalities of the website. We also use third-party cookies that help us analyze and understand how you use this website. These cookies will be stored in your browser only with your consent. You also have the option to opt-out of these cookies. But opting out of some of these cookies may affect your browsing experience.
Necessary Always Enabled
Necessary cookies are absolutely essential for the website to function properly. These cookies ensure basic functionalities and security features of the website, anonymously.
Functional
Functional cookies help to perform certain functionalities like sharing the content of the website on social media platforms, collect feedbacks, and other third-party features.
Performance
Performance cookies are used to understand and analyze the key performance indexes of the website which helps in delivering a better user experience for the visitors.
Analytics
Analytical cookies are used to understand how visitors interact with the website. These cookies help provide information on metrics the number of visitors, bounce rate, traffic source, etc.
Advertisement
Advertisement cookies are used to provide visitors with relevant ads and marketing campaigns through our advertising partners (including Google Adsense). These cookies track visitors across websites and collect information to provide customized ads. Click here find out how Google uses your data here
Others
Other uncategorized cookies are those that are being analyzed and have not been classified into a category as yet.
SAVE & ACCEPT